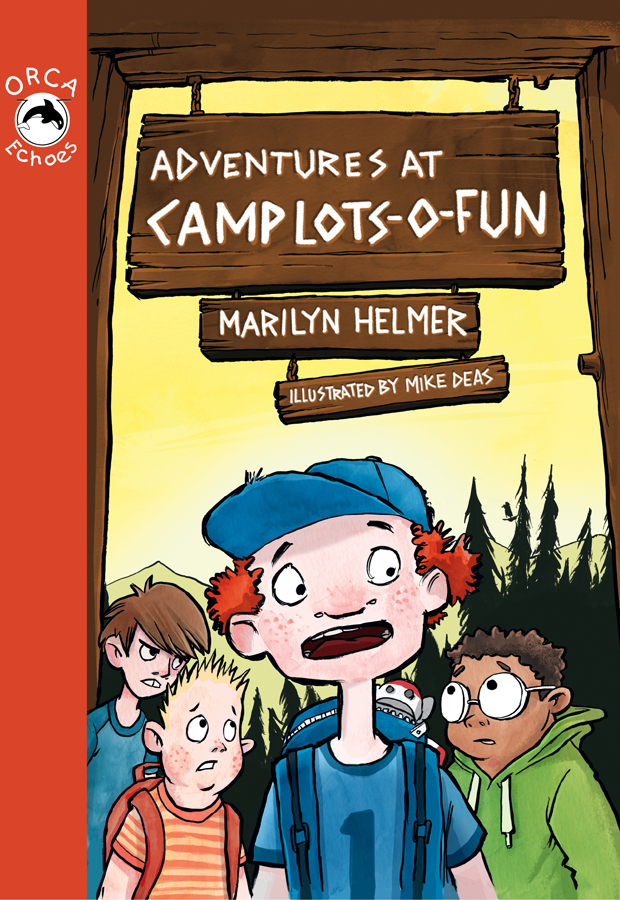 Adventures at Camp Lots-o-Fun actually started out as a short story. One day I got a phone call from the editor of a children’s magazine asking me if I would write a story for them. The editor said she wanted a story about a boy who goes away to summer camp for the first time. She added, the boy must have a wild imagination.

Oh, I liked that idea! But there was a problem. I had never actually been to camp myself. So how could I write a story about someone who goes to camp?  Well, I may not have been to camp but I remembered an experience I had when I was a child. And that brings up another great place to get ideas for writing – from your own EXPERIENCES, from things that have happened to you.

One summer I spent a fun-filled week at a friend’s cottage. Angela and I both had pretty wild imaginations. A bear in the woods, a circle of stones possibly marking buried treasure and a huge shadow in the lake sent our imaginations running wild. The bear turned out to be a neighbour’s friendly dog, the circle of stones unearthed nothing but dirt and the huge shadow in the lake – well, that never was explained but I doubt it was the monster we imagined it to be.

With those experiences in mind, I wrote the short story which was published in ChickaDEE Magazine. But I had so much fun writing the story that I couldn’t get the main character, DJ, out of my mind. I decided to turn the story into a book and the result is Adventures at Camp Lots-o-Fun. 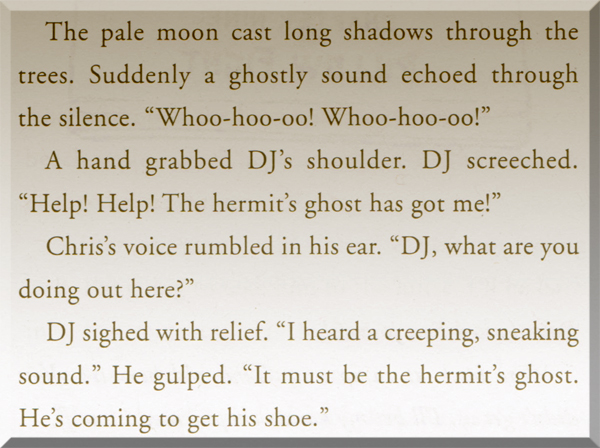 "Marilyn Helmer has crafted a rollicking tale. DJ’s antics will carry readers along swiftly with lots of chuckles throughout. The pictures by Mike Deas are action-filled and just a bit goofy."

"Early chapter book page-turner about the mayhem and havoc created by one overactive and imaginative bunk mate during one week at summer camp. If you have ever been at summer camp there will be at least one thing that sparks your memory, and if you have never been to camp, this will surely pique your interest. Boys will especially get a kick out of this book."

“Helmer takes the early chapter book reader through a delightful, adventurous, imaginative, heart-warming trek on a week with the boys of Cabin Six…A story to delight the fan of the outdoors and the summer camper…An excellent recreational reading book, or a classroom read-aloud.”

Bad weather, bugs and boredom-DJ and the boys in Camp Lots-o-Fun''s cabin six are starting to call it Camp Not-so-Fun. To make matters worse, one of the boys has it in for DJ. But DJ isn''t about to let that bother him. His lively imagination and wit ensure there''s never a dull moment. A bear in the woods, monsters in the lake and a hermit''s ghost make for a week at summer camp that none of the boys in cabin six will soon forget.

Illustrations from the Book… 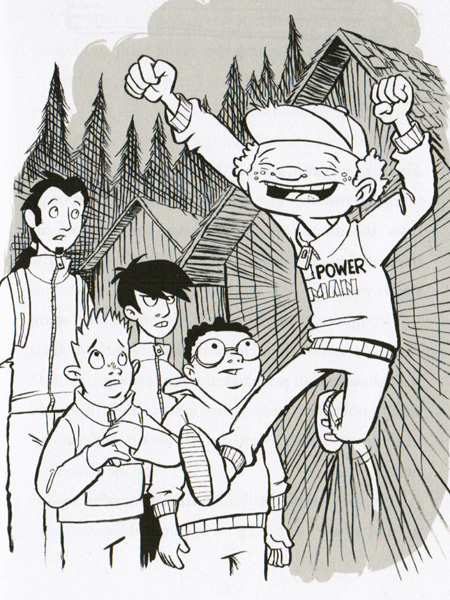 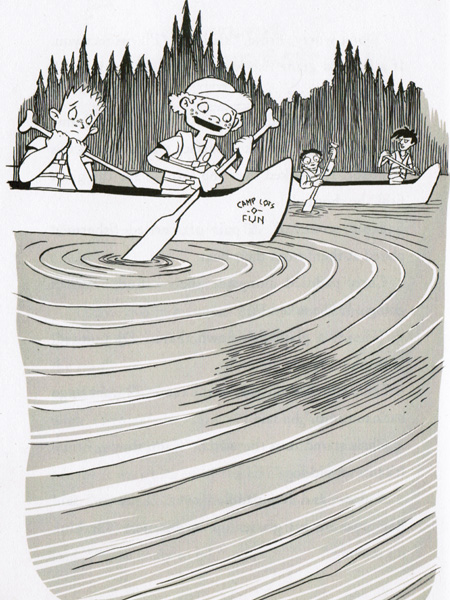 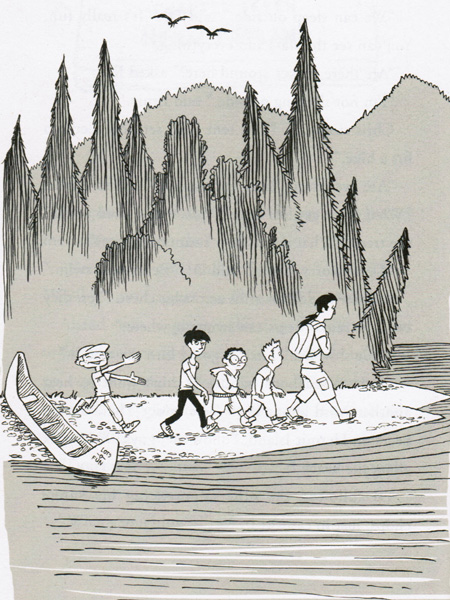 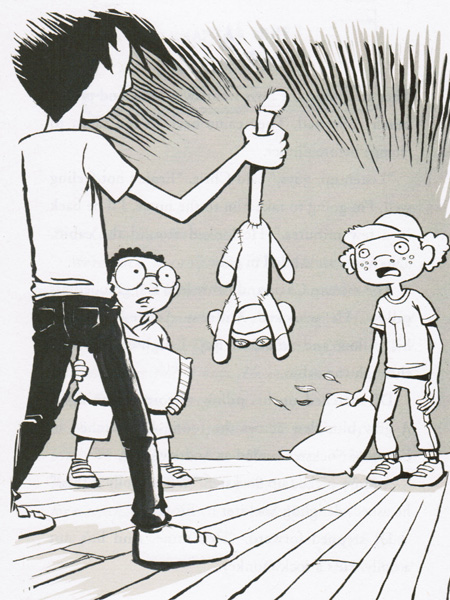 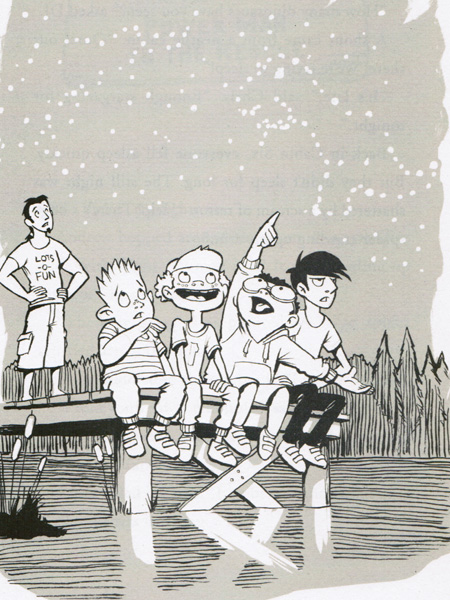 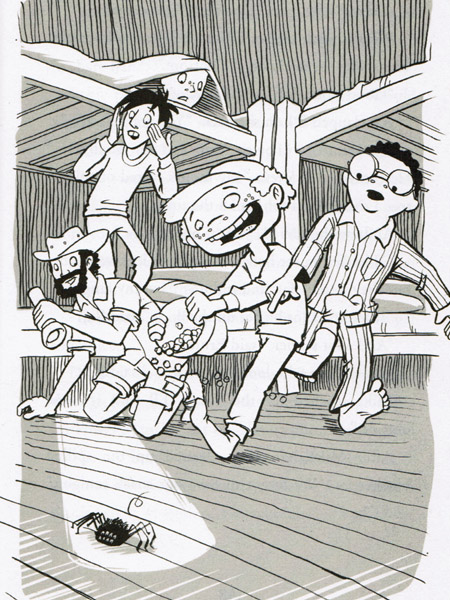 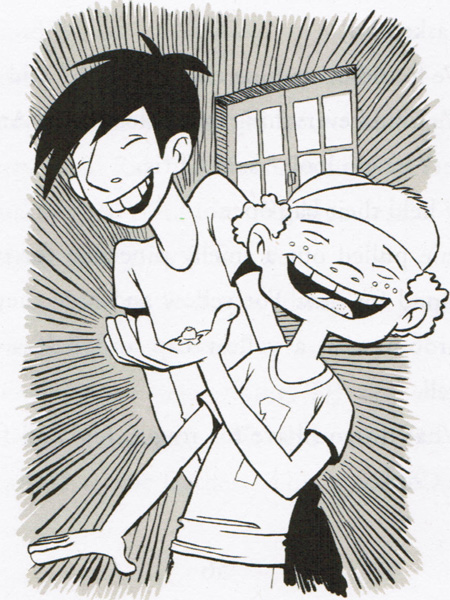 My Other Books and Writing